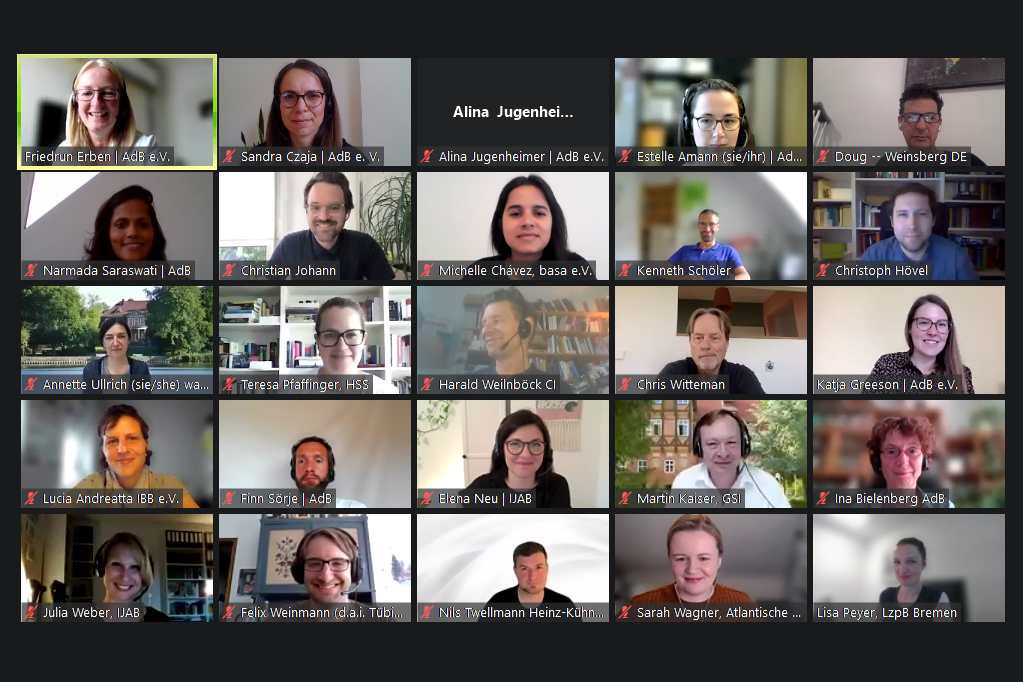 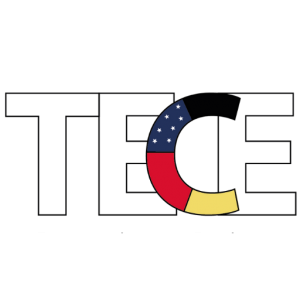 On May 19, 2022, the online symposium “Transatlantic Challenges, Different Approaches? Civic Education from a German and American Perspective” took place. Participants and speakers from Germany and the USA joined the event. The Arbeitskreis deutscher Bildungsstätten e. V. (AdB) planned, organized and implemented this conference in cooperation with the Berlin State Agency for Civic Education.

The aim of this conference was to bring together people who have not yet dealt intensively with the transatlantic dialogue and the transatlantic perspective on civic education with experienced experts from research and practice and to sharpen their view of transatlantic challenges, but also of the different practices of civic learning.

The idea for this conference has three central origins: First, in the first issue of the AdB journal “Außerschulische Bildung. Zeitschrift der politischen Jugend- und Erwachsenenbildung” on the topic “USA – A Moment of Change?” asked what role civic education and transatlantic exchange can play in strengthening positive developments and newly growing civil society structures and the commitment of people in Germany and the USA. This symposium was meant to continue this discussion.

Second, the AdB project “TECE – Transatlantic Exchange of Civic Educators” has sought to reflect on civic education more comprehensively. The TECE project is a collaboration between AdB and the Tisch College of Civic Life at Tufts University in Boston. The project aims to explore the feasibility and value of German-American exchange specifically in the area of non-formal, out-of-school civic education. What can be learned by taking a comparative look at civic learning in both countries? What topics are most relevant for exchange? And what formats are best suited for this work? At the heart of the TECE project is a core group of TECE Fellows, some of whom also attended the symposium.

Through the TECE project, it became clear that there are many challenges of a transatlantic nature – both for our societies themselves and for political education. Threats to democracy – both from within and without – show us once again how important transatlantic cooperation is. Civic education has an important role to play in addressing these challenges. There is renewed interest from policymakers and also the public in new investments in civic education in both countries. However, we do not often enough look beyond our national or regional horizons to find out how civic education is addressed in other countries. This was another goal of the symposium.

Third, the Berlin State Center for Civic Education’s interest in conference planning is also related to various transatlantic encounters: Since 2016, the organization has been using the rooms of the “Amerika Haus,” which was built in 1957 for the United States Information Agency at the Zoologischer Garten train station and where U.S. foreign cultural policy was made until 2004. But there are also substantive reasons for dealing with this topic: looking across the Atlantic, comparing the political system and political debates of the United States can be a building block for learning about our own political landscape. This has a long tradition – here only the short reference to the American concept of re-education, which has strongly influenced the development of politische Bildung in Germany, to include the development of the structures with state agencies for civic education in all federal states and a federal center for civic education.

Laura Tavares of the WPS Institute kicked off the event with her presentation “Challenges and Opportunities for Civic Education in the USA”, which provided an impressive description of the current situation and sharpened the focus on current challenges such as polarization, structural racism and the crisis of democracy. In breakout sessions, participants were able to exchange ideas on the relevance of these topics for political education in Germany. The most important keywords were recorded in a Padlet and provide a useful basis for further discussion of these topics.

With Andrew Wilkes from Generation Citizen and Makda Isak from EOTO, two proven experts could be won, who looked at the handling of racism and colonial pasts in the two countries from different perspectives and addressed the question of what we can learn from each other here in a discussion open to the participants.

Some important findings from the contributions and discussions, but also from the TECE project, which require further consideration should be mentioned here:

This event is part of a series of conferences launched by the AdB in 2015 for the AdB journal “Außerschulische Bildung. Zeitschrift der politischen Jugend- und Erwachsenenbildung” (Journal of political youth and adult education): Every year an event is held on the thematic focus of the first issue. The background and inspiration for this conference is therefore the issue on the topic “USA – A Moment of Change?“, which was published in mid-March 2022.